The Grandfather of homebrewing

The Grandfather of homebrewing

It has been just over one year since my Grandad passed away and last weekend the family got together for a bbq and a beer in his memory. I had recently made the discovery that Grandad had been an avid homebrewer in his time, though the recollections of his success seem to be pretty varied. Going through some of his belongings I may have found the reason why.

Below is a document we found with a gold mine of advice called “Home Brewing for Beginners”.

I especially like that it says; “If you observe these [don’ts], you should get no failures…”. Uh huh, just like that. 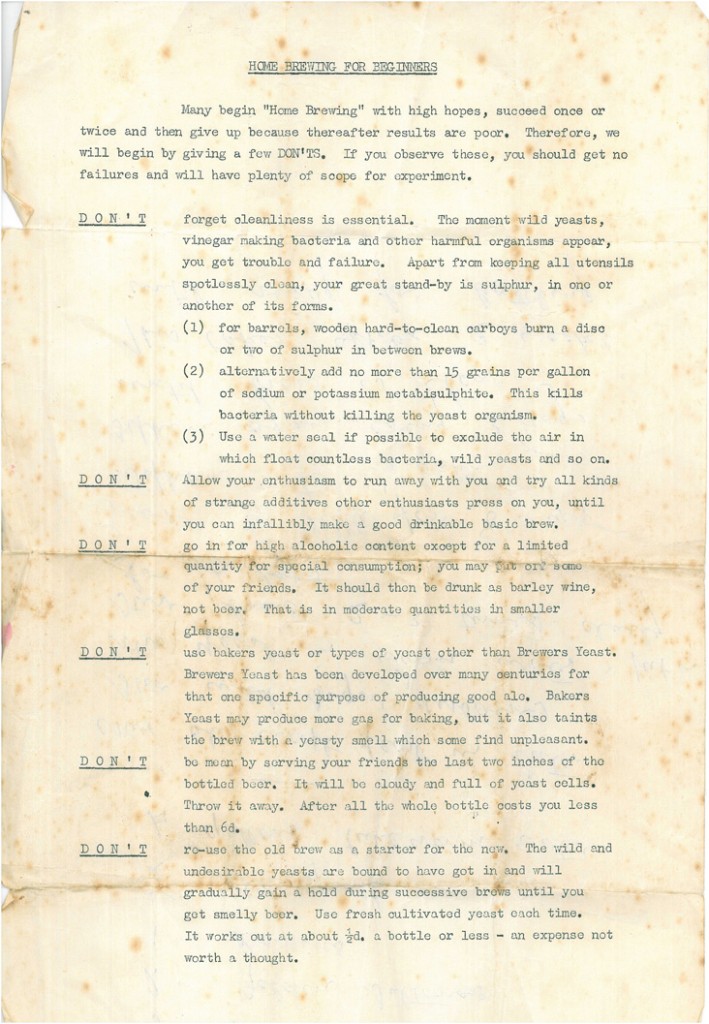 Now don’t get me wrong, I’m sure he had more than just this piece of paper for reference when well into the swing of his brewing days.

However on the back of this, he had scrawled one of his recipes as follows:

I have to assume that because the recipe on the back breaks a few of the rules on the front, he must have been a tried hand at homebrewing when he formulated this recipe. Either that or he couldn’t be bothered going to the brew shop and decided to just work with what Nana had in the pantry.

I dread to think how this batch came out, if it survived the multiple opportunities of infection I can imagine it would have been a rather sweet tasting tipple.

Grandad was known to enjoy his homebrew, so I’m pretty sure I didn’t inherit his palate.

I hope wherever he is now that there is plenty of brewing and Grandad’s cup never goes empty.

Love you Grandad, miss you.