Last of the Summer Ale

The first of these has a metaphorically fitting name for the occasion; it’s one of Townshend and Liberty’s fresh-hopped collaboration beers, Last of the Summer Ale.

The dark amber colour surprised me a bit when I poured it into the glass, as I was expecting something much lighter. 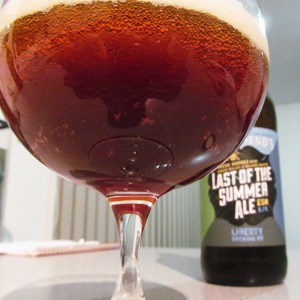 I fell in love with this beer straight from the nose. We’ve brewed a few beers now with Nelson Sauvin hops and I absolutely love the aroma and flavours they bring when used in late additions.

In LotSA the Nelson Sauvin aromas were very prominent, I picked up grassy notes and a touch of passionfruit. It was as if you had been doing the yard work and had to trim back the passionfruit vine after you had done the lawns.

In the mouth, the body was rather light and the flavours; well balanced. The passionfruit was backed up in the aftertaste along with a smooth touch of bitterness that builds up over a few sips.

I was rather impressed with this collaboration brew and four-starred it on untappd. I’m thinking I might need to pick some up for my August return to beer.

One beer down;  nine days to go. 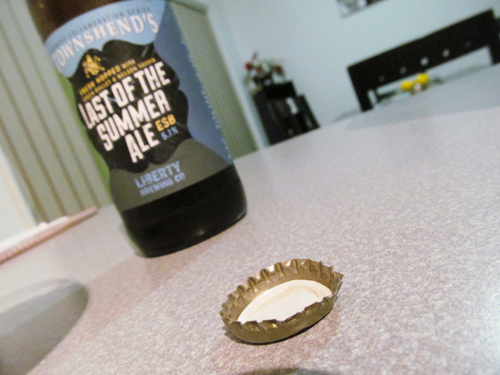