We celebrated the release of Mash Palace’s Indra Fridgee IPA Saturday 22 August at Brew On Quay in Auckland. 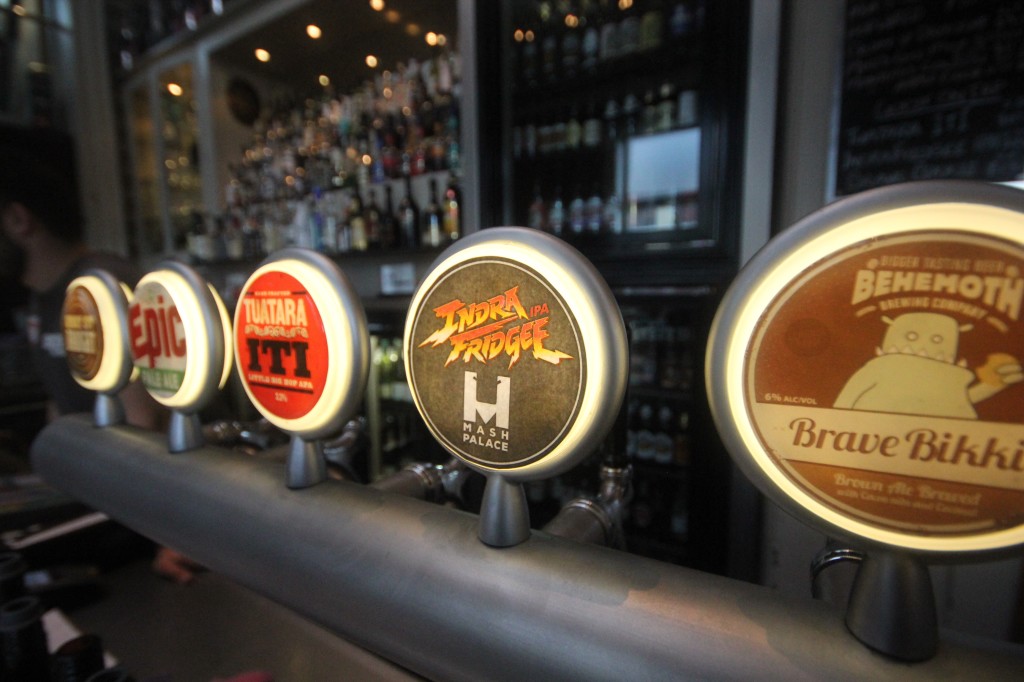 The brew team all arrived early to get our first taste of the commercial batch brewed by Hop Federation and we were not disappointed. Full frontal hoppy aromas of citrus and pine hit you first, then they’re backed up on the palate along with a caramel malt sweetness. Good bitterness lasts on the palate, prompting another sip.

The turn out was good and Indra Fridgee was well received on all accounts.

Brew On Quay are promoting Indra Fridgee as a match for their Angus Beef Burger and everyone who tried it thought it was the business, so I may have to drop in again this week to give it a go.

If you’re into big hoppy beers, get in and try it before it runs out. We smashed through a fair bit on the weekend and the next one won’t be out until around November. 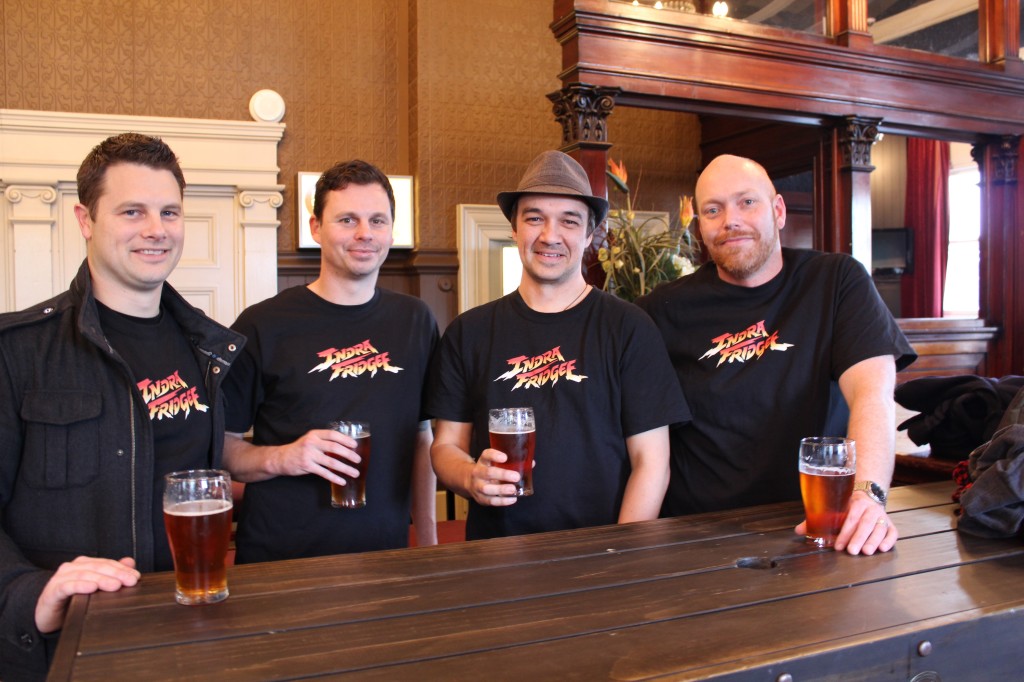