My notes on this beer were a little rushed and brief as I was trying to watch a movie so I’ll try to make my blog that way too.

The beer poured gold… I think. It was pretty dark in there. I think there was some head although the photo suggests otherwise.

On the nose Deadwood IPA had a caramelly aroma with a touch of hay.

I found the taste to be caramelly as well. There was a biscuit taste as well and a good amount of bitterness.

As far as beer and movie matching goes it wasn’t too bad; American, a touch of hay. That’s two traits this ale shares with Superman but it’s probably not as punchy as I would have liked. 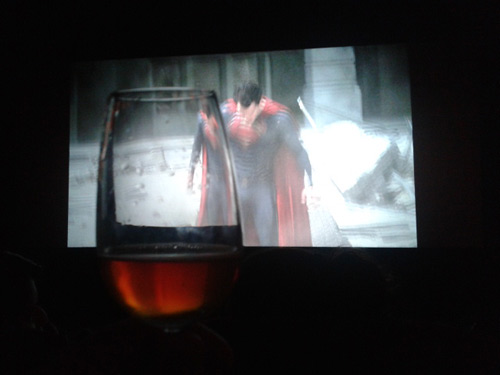