Those are the words that were delivered to us on the evening of Thursday 4 June by Luke Nicholas of Epic Brewing.

We had just been awarded the top honour in The Brew On Quay Epic Home Brew Competition and first place meant that our beer will be brewed by Hop Federation in Riwaka and then sold on tap at Brew On Quay!

Speaking with the judges, it sounded as though we were up against some stiff competition, all three agreeing that the top seven beers were all as good as the commercial offerings on NZ shelves right now.

Mash Palace’s entry was a 6.8% American-style IPA. Based on IPA’s of the West Coast the palate is citrussy, piney and tropical with the right amount of bitterness and balance to keep you coming back for another. Sten Hansen of Epic noted it as “Smashable”.

The recipe has just been sent down to the team at Hop federation so as soon as we have the details about the beer launch, I’ll let you know. In the meantime you can sign up to stay in the loop at mashpalace.com. 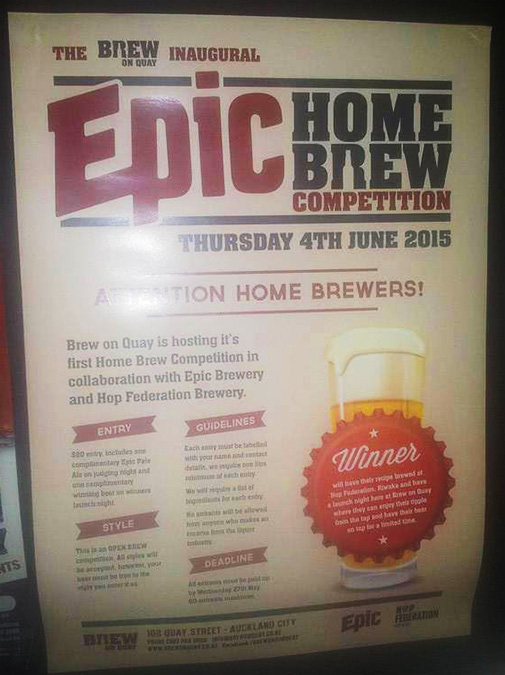